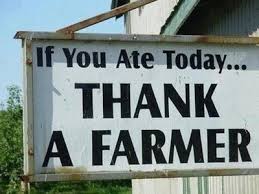 Rural safety is falling short in the Free State as well as in the rest of the country. Farmers are being hunted and that creates a situation that is unbearable for farmers and their workers.

A farmer from Oranjeville in the Free State, who was attacked early on Monday morning, is the latest victim in the war that is being waged against our country’s farmers by merciless criminals. The attackers, who fled with the farmer’s Isuzu bakkie, were injured and one was killed when the vehicle overturned.

Rural safety must be a priority for the government. It is not enough to take action after an attack as then it is usually too late. Proper preventative measures must be implemented to stop or thwart such attacks.

The legal system must ensure that farm attackers are removed from society and stricter bail conditions must be set for those who are charged with serious and violent crimes, like farm attacks and murders.

Border control where farms border on Lesotho in the Eastern Free State is also of the utmost importance.

The farmers in these areas are under threat. It is unacceptable that the South African citizens who ensure the sustainability of the country’s food provision by day must fight for their lives on their own farms by night.

A mere 36 000 commercial farmers have to provide food for nearly 58 million people under extremely dangerous circumstances. The time has come for the government to bring real solutions to the table to stop these attacks on our country’s farmers.